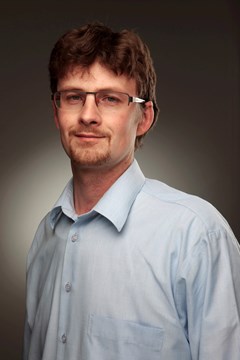 Václav Štětka received his doctorate at the Department of Sociology in 2005. Until 2009 he worked as an assistant professor at the Department of Media Studies and Journalism at FSS. Later he worked as a Senior Research Fellow at the Department of Politics and International Relations, University of Oxford, where he worked on the Media and Democracy project in Central and Eastern Europe. Since 2013 he has been working at Charles University as a researcher at the Institute of Communication Studies and Journalism, where he also founded the Political Communication Research Group. In 2016 he became a member of the Department of Social Studies at Loughborough University, where he teaches and where he is also a member of the Communication and Culture Research Center. Václav Štětka participated in some international and domestic research projects and networks. The most recent publication is Vochocová, L., Mazák, J. & Václav Štětka. 2016. "Nothing for girls? Gender inequalities in Political Participation on Social Networks.” Gender, Equal Opportunities, Research 17 (2): 64-75 or Štětka, V. (2015). “The Rise of Oligarchs and Media Owners.” In Zielonka J. (ed.) Media and Politics in New Democracies. Europe in a Comparative Perspective. Oxford: Oxford University Press, p. 85-98.